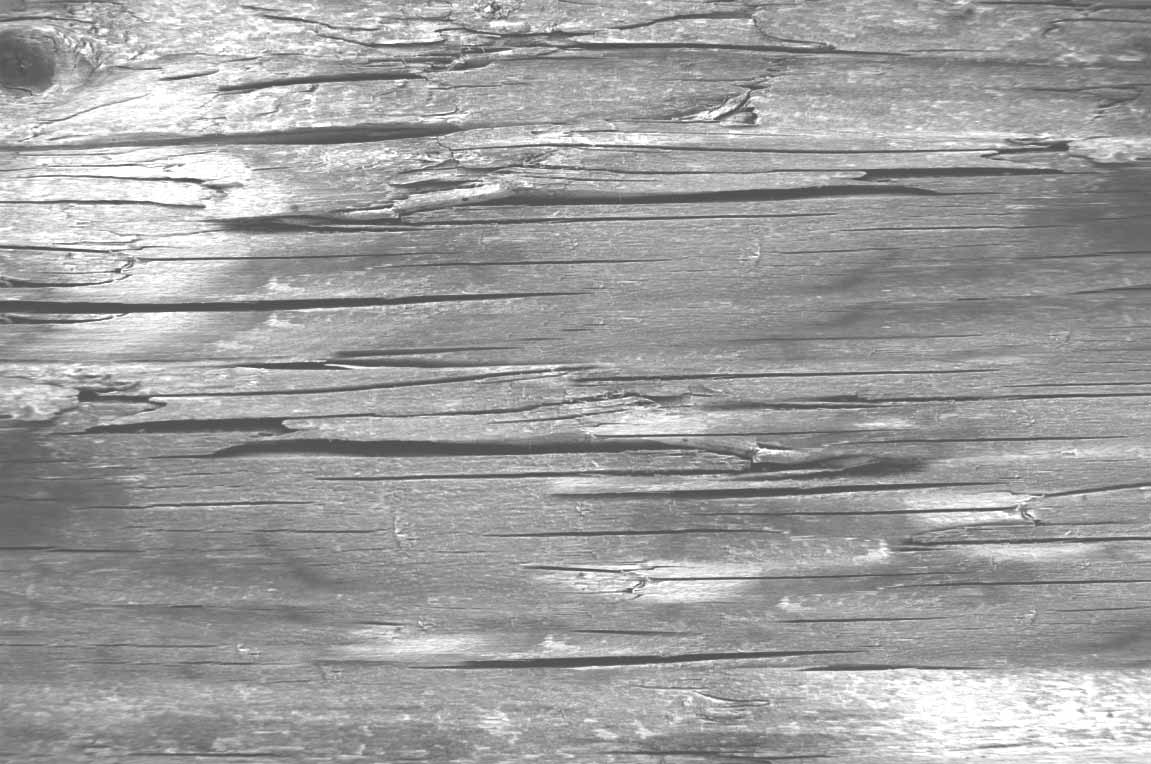 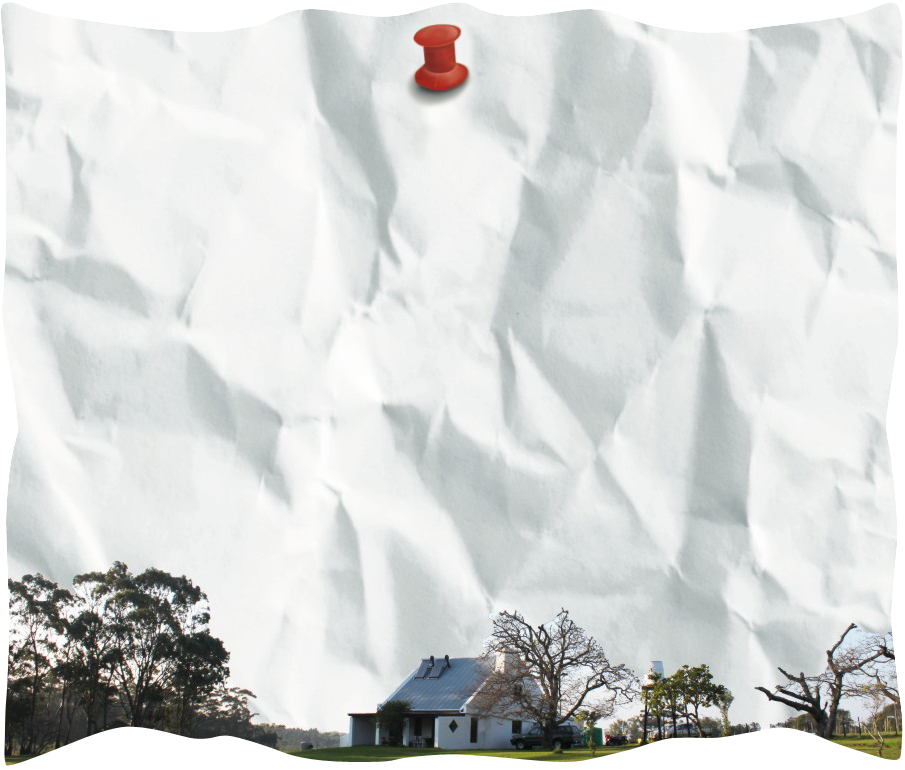 Sue and Mike Preece, and the story of Sanity Farm

In 1992 we thought we had found Sanity in a little village called Wolvengat near the southern tip of Africa.

Little did we know how elusive Sanity could be... you think youve found it, then you lose it, only to start looking all over again. But thankfully, we have our very own Sanity Farm, where we are always able to find it again, if only briefly...

Here is our story... enjoy the twists and turns as we go in and out of Sanity... do so at your leisure... it is constantly changing...

Way back in 1992, Mike was 41 years of age and I was 35. We were living in a beautiful home set in an acre of forest in Hout Bay. I was Managing Director of a large clothing company and Mike had a successful engineering business, both earning good money, with a wealth of friends, with a beautiful only son aged 9 months... but our lives were too frenetic and we were totally stressed.

We worked long hours during the week, our house was like Grand Central, full of friends the whole weekend, cooking and entertaining with no time for each other and we were always tired.

One weekend in July 1992, whilst spending the weekend with friends at their holiday home in McGregor we spotted an advertisement for a cottage on the front page of the weekend argus property section, 17kms from Pearly Beach.

We were not looking for a cottage or a holiday home; but this felt right and we decided to pursue it.

We made enquiries on the Monday and made an appointment with Marlenes Properties in Stanford to go view the property that Thursday.

We were following behind Marlenes vehicle and as it turns out we were taken on a circuitous route to the property so we had no idea when we were actually going to get there. The excitement was just steadily mounting...

As soon as we realized we were there, as we approached the property, we fell in love with it but Mike told me to not show how keen we were.

Needless to say, as we stepped out our car, he shouted to Marlene OK, well take it!

We immediately put in our offer, waited a couple of anxious days and the offer was accepted.

At the first opportunity, we went down for a weekend with the same friends from McGregor, Tim and Jo and our other good friends, Clem and Jean.

On that weekend, the farm was given 2 names: Smoky Hollow (because the smoke from the fireplace just kept on rolling back through the fire place into the sitting room) and Sanity Farm because the farm was so peaceful. We chose the name Sanity Farm. It resonated with us. We had a place where we could regain our sanity whenever we wanted it.

For some people it was too remote and boring, but most people captured the sense of sanity that prevailed.

Our families loved it and soon it became the focal point of our weekends and holidays. We were still stressed in town, but we were able to find sanity whenever we needed it.

We have reels and reels of film of children playing, growing up, opening Christmas presents, bathing in front of a roaring fire.

We became famous for our massive bonfires, whole fallen trees being used as kindling!

The slow move to Sanity

More and more, we wanted to abandon our lives in Cape Town and move to Sanity Farm permanently, but our sense of responsibility was too strong. Our son needed attention, after all, and I was not prepared to place him in boarding school, nor was I prepared to put him into an Afrikaans medium school, however good an institution. Home schooling did not inspire me as I knew my boy needed friends and extra-mural activities. There were no similar aged kids in Wolvengat.

We also were not prepared to take the risk of moving down to Sanity Farm permanently, only to use up all our capital, in a failed attempt at make a living in the countryside. Too many people had landed themselves in this situation and had had to go back to the city and start afresh. Equally, our scanty knowledge of other people living permanently in Wolvengat consisted of bad luck stories. We wanted to be able to afford a good lifestyle and most importantly, medical aid!

We furnished our second home with love, taking months to find particular pieces of olde Cape furniture for this wall or that. Michael made log beds, we were given magnificent pieces of furniture by our friends. We had lovely old re-upholstered comfortable armchairs alongside Lloyd Loom cane.

I succumbed to my love of Cornishware and had an antique agent buying up whatever came available on auction. My stunning collection was housed in a dresser specially selected to show it all off to best advantage.

Then, on 10th October 1998, the farmhouse burned down. We never quite got to the bottom of it, but the verdict from the Insurance assessors was arson started with paraffin in the upstairs room. We lost everything. We were hopelessly under-insured, a bitter lesson.

We were faced with the decision: do we sell the land with the burnt-out house, or do we rebuild... the results speak for themselves. With the amazing support of family and friends, we started the steady process of rebuilding (and improving) the Sanity Farm farmhouse and a large workshop and office.

Within, 15 months, the farm was rebuilt, better than before, albeit without all our beautiful furniture, collectables and photographs which had been lost in the fire. We would never try replace what we had lost in the way of furniture and collectibles. We would just make our home comfortable.

But this had set us back financially. We realized we would have to stay in Cape Town until Dylan matriculated.

Shortly thereafter, we learnt that 40 hectares of fynbos above Sanity Farm with a large dam was for sale. We didnt hesitate. We put in an offer and bought it.

In 2003 we ploughed a hectare of this new land and planted 4000 lavender plants, lavendula dentate candicans.

In 2004, we formed The Preece Lavender Company and started selling our cut lavender to Woolworths and even exported for a while to England and Singapore.

A wonderful man from Elim, Thomas Engel, who had rebuilt our house for us, had become our farm manager and he had brought to the farm a flower picker called Ellen Joemat to work in our lavender field. They would both have a major impact on Sanity Farm and will always be remembered for the fantastic work they did along with little old man Willempie who was a real character and who we gave work more as a charitable gesture than for his work ethic!

Michael then decided he wanted to be a stud farmer so he bought 4 Black Angus heifers, later followed by Baxter, our bull. We thought it was cute to have them free ranging across our lawns but they became a bit of a nightmare, attacking the dogs and us, at times! They were costly to feed and would literally stampede when we put the feed out. Poor Willempie was thrust headfirst into the feed tray many a time! They were a handful and we realized we did not have enough grazing and could not afford to feed the ever increasing herd. We sold them off as a breeding herd and hope they are all still alive and kicking!

Unfortunately, in 2007, we aborted our farming aspirations. The dynamics of our work in Cape Town had changed and we could never continue to run the farm long distance. Thomas had moved on into road construction and Ellen found work in Elim, working for us most weekends. Willempie had become ill and moved to Bredasdorp.

We then decided to invest in Olive trees. We planted our first 100 mission trees around the perimeter of the lavender field,

We started an olive grove across the river and finally planted a grove of olive trees behind the house.

After months of deliberation, we decided to invest in an olive press, as a commission olive pressing business for local olive farmers, a means of income, also for outyds, when we finally move permanently to Sanity Farm to live...

Meanwhile, in 2009, Mike bought me a sausage filler for my birthday, as I had been keen to make my own sausages, as part of my cooking hobby, particularly inspired by Delia Smith in Frugal and by Darina Allen, who advocates a return to the 300 Forgotten Skills of Cooking.

In no time at all, this was expanded to include a mincer, a mixer, a vacuum sealing machine and finally a specially purpose built sausage kitchen with cold room, in which we now make up to 90kgs sausage per week which we sell at the Hermanus and Stanford Farmers Markets and to a few customers in and around Cape Town, as Sanity Farm Kitchen.

All this takes energy!

Through all this time, Mike has been upgrading the farm and in particular our solar and wind energy infrastructure. We are determined to never be beholden to Eskom and at huge cost are ensuring this dream! He has built a special generator room and will be linking the generators to the battery system. When our stored energy on occasion gets to a dangerously low level, the generators will automatically kick in, ensuring that our cold room stays cold. What a clever man!

We now work a 4 day week in Cape Town, driving down to Sanity Farm every Thursday evening in order to make sausages on Friday for market on Saturday.

We say we have found Sanity but quite frankly, Sanity is still eluding us as we battle to live 2 lives, one in Cape Town and one at Sanity Farm.

But all of this is an investment towards our dream, fast becoming a reality of living at Sanity Farm permanently.